Helpful Guide to the History of Indoor Plumbing

When you soak in your tub or run your dishwasher, do you ever really stop to think about your plumbing? Often we only consider our plumbing when something goes wrong.

However, when you consider the evolution of this necessary component of our houses, the history of plumbing is quite fascinating.

Here is a quick guide to the history of indoor plumbing.

The very earliest plumbing wasn’t that different really from some of the piping that we’ve got here in Independence, MO. A network of pipes was discovered in the ruins of a palace in the Indus Valley Civilization, which connected to buildings, circa 4000 – 3000 B.C.

In ancient Greece, under King Minos, the first flushing toilet was created (although it is believed that there may have been a similar, but even more rudimentary flushing system in a Neolithic village in the UK, which dated back about 1200 years earlier).

Some of the first known bathrooms were installed right into the pyramids of Egypt. They also installed similar facilities in the tombs. They believed that the dead needed the same creature comforts that the living did, so they made sure that the tombs had food and bathrooms.

The Romans fashioned a series of complex aqueducts that ran water into buildings and to their public and private baths. They heated the water for the baths with a furnace. Some of the baths even had steam rooms.

In France, at the expansive Chateau Versailles, 1664 King Louis XIV ordered one of the first main sewer pipes. However, it was many years afterwards before Versailles actually had indoor toilets, which presented a number of sanitation problems.

During the reign of Marie Antoinette, there were hundreds of people on hand in the palace on a given day. Hallways, outdoor pathways and personal commodes were used for people to relieve themselves. The sheer volume and density of people created very foul odors. The rumor is that this is why Marie Antoinette was so interested in perfumes, particularly floral fragrances.

One of modern-day plumbing’s greatest achievements is the dual flush toilet. In an average household, the toilet actually consumes about 30 per cent of your household’s water.

The dual flush toilet lets you choose how much water you really need; depending on if you are flushing liquid or solid waste. It’s a great way to conserve water.

Another toilet innovation that is becoming more mainstream is the composting toilet, which uses little or no water at all.

There is no one-size-fits-all solution when it comes to your plumbing problem. Every customer can expect a customized approach - because that’s what you deserve! 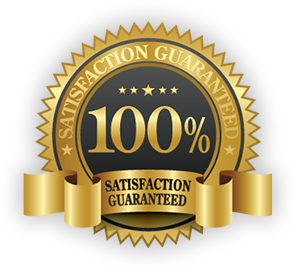 You can rest easy knowing that you can trust us. With our 100% satisfaction guarantee and our free estimates, where can you go wrong?